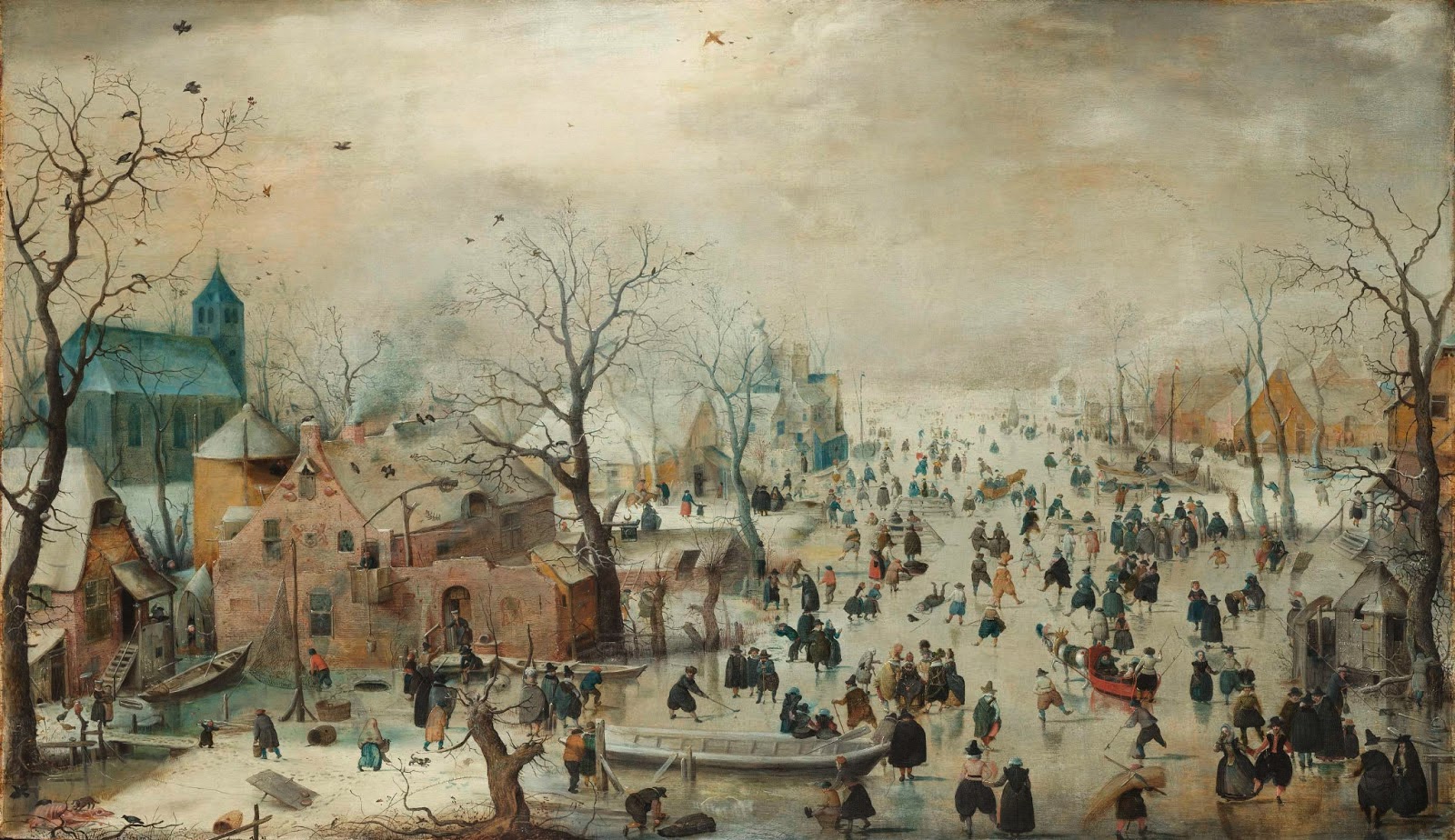 “That was beautiful!” Molly sighed, “I’ve never skated on the ice before.” She had sneaked back to their fire just as Bart had started his tale.
“We were lucky,” Bart nodded in agreement. “It is a wonderful pastime, but these past few years I hear it hasn’t frozen as well as it did in my youth.”
Jacob smiled at the tale. He felt a pang of jealousy of his cousin’s childhood. Bart had known the love of a brother, and had grown up with their grandfather. He’d even been surrounded by servants in their city townhouse. Like Molly, he had never skated on the ice. He guessed they had one thing in common.
“What happened with Cornelia?”
“What happened? We met nearly every day… We kissed. We laughed. We cuddled… And then spring came, and the ice was gone.” Bart gave Molly a sad smile.
“Pah,” Roy spat, rolling the flaked fish into patties. “Sounds like a rich man’s folly.”
“On the contrary, in Haarlem it was everyone on the ice – from the humblest labourer to the richest of merchants, and beneath the fur and wool you couldn’t tell who was who. All drank together in the tents, and all ate together from the same fires. Not too dissimilar from what we have here…” Bart waved to the various fires of the buccaneers.
His cousin was right. Colour, religion, politics… none of it mattered to the pirates. If you could work well, shoot a musket, and swing a blade, you were welcome to share the plunder. He looked over at Molly. Even a whore was welcome… well, she was exceptionally welcome at times, and no doubt she’d find a paying bed for the night once she’d filled her belly with Roy’s cooking.
“How long until we eat?” She asked of the one-legged man.
“Done when it’s done Miss O’Failin.”
“In that case I’ll have a sup of that rum. Jacob?” She was smiling in what looked like an attempt to be nice, but he could still see her anger hidden beneath her Irish eyes.
He took a large swig and handed it over with a bow of his head. “So Molly, no doubt you have a festive tale for us?”
“Of Christmas?” She half-snatched the bottle, sitting a little closer to the spitting flames. “You all think Christmas is about feasting and giving and being together? Well you are all wrong.” She sipped from the bottle, and her eyes seemed to flash darkly. “When my mother died I grew up with nuns, and with the Holy Catholics you soon learn Christmas is about being pious, and the best way to be pious is to accept your beatings graciously… But one day, I didn’t…”

Thanks for reading the third part of a free online exclusive piratical tale written just for Christmas. I hope you've enjoyed it!