The Authentic and Unauthentic of BLACK SAILS 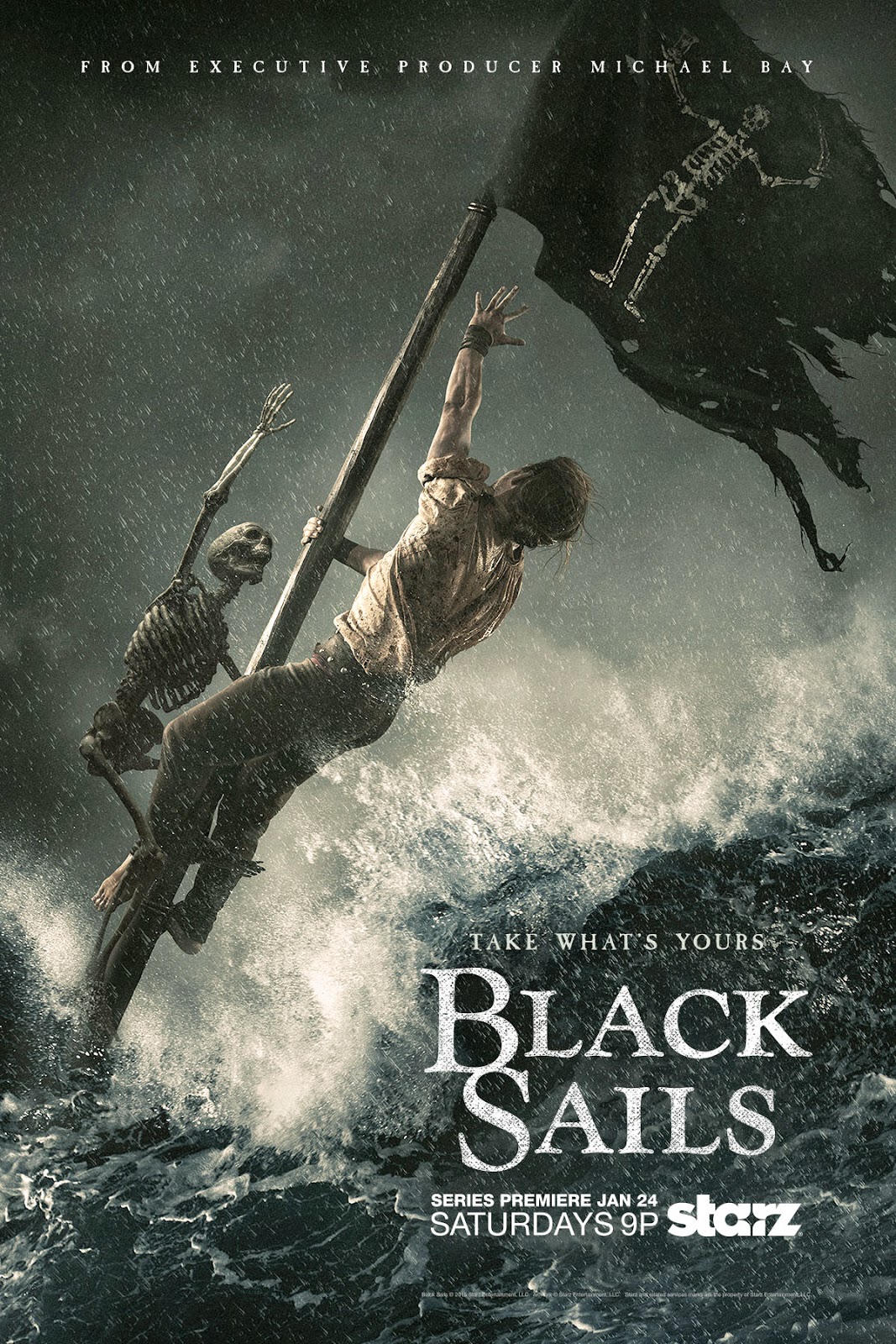 Roam the internet in search of the historical accuracies of BLACK SAILS, and you'll find all sorts of contradicting posts - including one of my very own where I compared the plots and authenticity of BLACK SAILS to CROSSBONES. Daily, it remains the most visited page on this blog.

BLACK SAILS series one (not Season, I'm British after all, and not referring to Autumn or Winter), despite many reviewers hailing the historical accuracies of the show, were mostly wrong. The weaponry used spanned from the 1500s to the mid-1800s, the dress ranged from pretty good to Victorian era, and the social attitudes of the characters were rather modern. But you know what? I don't really care. I fucking loved it all.

BLACK SAILS takes place in 1715 on a pretty epic scale, and in the very real pirate haven of Nassau. In reality, Nassau was technically under British rule, but pretty much left to its own devices. It eventually became a lawless town where the likes of Blackbeard, Hornigold, Charles Vane, Calico Jack and Anne Bonney operated from. The last four feature as pretty prominent characters throughout BLACK SAILS. Nassau is colourfully portrayed with markets of pilfered goods, grounded pirates without credit, wenches aplenty, and taverns brimmed with pipe-smoking, rum-swilling blaggards.

BLACK SAILS is sort of a prequel to R.L. Stevenson's Treasure Island. We meet familiar characters like Long John Silver, Captain Flint and Billy Bones. Their story lines are entwined with the very real pirates of Nassau mentioned above. The characters' goal is to keep Nassau as a pirate republic, for which they require a lot of booty. The whole of series one was about trying to find the Spanish treasure galleon the Urca de Lima.

In history, the Urca de Lima was a real galleon. It was wrecked off the East coast of Florida in 1715. The Spanish salvage operation was discovered by Nassau pirates Charles Vane and Henry Jennings - and some of the gold must have gone to improve Nassau.

There are many colourful characters and side plots in BLACK SAILS. Flint's relationship with a once-rich Lady on New Providence is intriguing, as is his difficulty at abating his crews ferocity, and managing to stay voted in as captain despite capturing few vessels. That is pretty inline with actual pirates, who had a democratic process for choosing officers (see this post for information on the Pirate Code).

There's also the unofficial boss of Nassau - Miss Guthrie. She controls all the trade of the pirate haven, and sells on the pilfered goods to the Americas. As a character she's likeable enough. She has an abusive relationship with Charles Vane, and a less abusive relationship with a local whore (lots of nudity - can't have a historical TV show without it these days).

Then there's Long John Silver - the anti-hero / sometimes antagonist of Treasure Island. He attempts to be all charming and cheeky, trying to find his way in the world of pirates, where he doesn't particularly want to be, but he ends up looking like some UK boy band member.

The whole show is filled with backstabbings, under-handed activity, and people clamouring over each other for power, gold, and girls. The many characters of BLACK SAILS are pretty good all in all, even if it was some pale imitation of the court intrigue we have come to love from GAME OF THRONES. The mostly British cast are excellent, and the dialogue both natural and amusing. The first series did suffer from being a little slow at times, but the well drawn characters of Nassau had me hooked regardless. I genuinely cared enough about them to see through the boredom.

Nassau, by the way, remained a pirate haven until 1718 when Woodes Rogers turned up, replanted the British flag, offered clemency to all pirates, hanged some more, and stayed there as governor. In the same year, Blackbeard was finally hunted down, shot, stabbed and decapitated.

Oh, and if you haven't seen series one yet, I must warn you of spoilers ahead.

Plot and characters aside, I really loved the spirit of the show. It was gritty and gory in a way that didn't normalise or desensitise us to violence (unlike SPARTACUS). When a fight scene happened, the mortality of the characters involved was edge of the seat viewing. Two of the most haunting conflicts of the show are Flint's murder of his first mate, and his bloody duel with a pirate vying for the captaincy.

The major sea battle of the series is when the pirate vessels the Ranger and Walrus face off the Spanish Galleon the Urca de Lima. With its superior firepower the Urca reduced both smaller craft to kindling in an horrific limb-tearing, oak shattering action sequence. No Hollywood explosions here, no fire spreading through the hold, just the reality of large pound guns obliterating planks. It is this gritty historical realism that I loved above all else, and what really made the series for me.

In series one we met the real pirates of Benjamin Hornigold, Anne Bonney, Charles Vane, 'Calico' Jack Rackam. All of these characters are set to reappear in series two, along with other real pirates like Edward Low. I wonder if we'll meet Blackbeard too? The man played an important role in the history of Nassau, and the period is correct for his appearance to be unsurprising. It will be interesting to see where the story goes over the next two series.

Here's a sneaky look at the new trailer:

If you enjoyed watching BLACK SAILS for the character development, plot twists, and bloody action, you could do far worse than read my authentic swashbuckling pirate novels: ROGUES' NEST, GENTLEMAN OF FORTUNE, and SMUGGLER'S HILL...